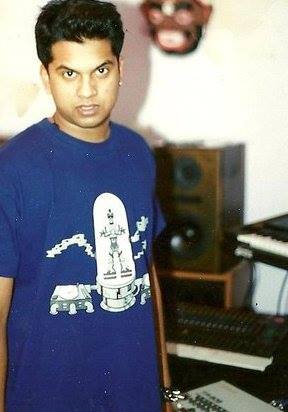 Formed during the early nineties in Hamilton, Ontario, they put out only three official records between 1992-1993 on Probe Records, most notably “The Wipe,” which is regarded as a genre defining classic, while the follow-up “Regions” also served as a template for the ensuing sonics of contemporary techno. With only a handful of live actions, the final chaotic show (public disturbance) occurred for Pure in Glasgow 1994. Afterwards, the original Teste lineup of juvenile delinquents disbanded but unwittingly ended up defining the hypnotic and drugged out strains of today’s afterhours techno parties. The project vanished for decades until reactivating the chaos in 2014, promoting a slew of remixes “The Rewipes,” by artists such as Rrose and Terence Fixmer, on the Edit Select imprint.

June 2018, Teste returns with The Box Man, a five-track EP that marks their first release of original material in 25 years. The Box Man picks up where Teste last left us with their revolutionary vision of techno and continues to further their inter-dimensional manifestation of insanity and formation. Pure techno serving as a method of psychic expulsion and self reckoning.