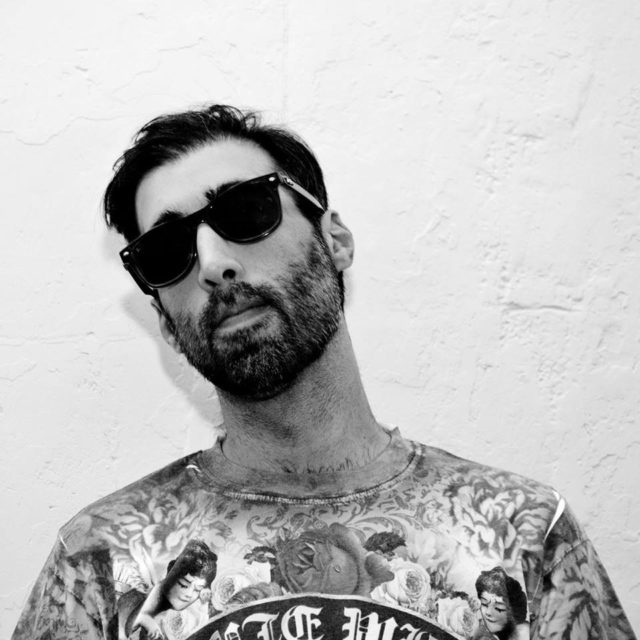 He started his career in the mythical club “Camarote” in the late of 1990’s and this allowed him to enter in the competitive spanish market. In 2000 he opened his own club named “Conga” with tech-house beats and he has the opportunity to invite artists like Dylan Drazen, Tim Baker, Steve Bicknell , Hector Sandoval (Exium) , Francisco Allendes and Dani Casarano . In there he would initiate a labor relationship that made him travel to Chile, where he would change his whole vision and start working with more organic sounds, it was born the “micro-house”.
Currently he is writting for DJ MAG SPAIN (“Focus On” and “Around the World”) where he talks about labels, their music and the artists that have been there.

As DJ he has traveled many countries and clubs as Paris, Berlin, Ibiza , Buenos Aires, Miami, Bruselas, Bogotá, Lima, Santiago de Chile, New York, Konstanza, Houston, Quito, Guatemala,La Paz, Mexico City, Playa del Carmen, Punta del Este, Cancún, Perpignan, Panama, Tijuana among other places.
As a producer we can mention him in labels like Bedrock, Lapsus, Trapez, Kinetika, Smiley Fingers, Go Deeva and beside that he manage hiw own label (My Little Dog) next to Oscar Barila for almost a decade. About wow it´s one of the faces of the new exciting new label YET! Records

We highlight the connection he was with his audience, the exquisite selection and the technique to always transmit positvity and good energy on the dancefloor.

Because of his very personal style with no taboo and mixing whatever he wants with style and technique, no cabin can resist him. In his sets you can listen from slight touches to the most fashionable minimal and even breaks, pop, trance, electro,tech-house, EBM with a very marked, constant and evolutive beat. Thanks to all this, he was able to playin almost all the national territory and he can be seen in places likeLa Real.Fm, Whillpoorwill, Piles(Asturias),Van-Vas, Soma, Yasta, Naru(Madrid), Moon, Keros (Leon), Dolce Vita (Almeria), In (Ciudad Real),Leix, Zentraus, Voltech, Fellini (Barcelona), Friends (Valencia),Futura (Lugo) Beatz, Submarino (Salamanca), Pravda (Vitoria), Kandela(S.Sebastian) and so on. Festivals: klubbers day (Madrid),WMC(Mami),Techfest(Chile)… In 2003 he started searching other fieldslike production or Radio dj (Cadena 100/La Era del Ritmo) or Mortal Fm(Superclub). His first visits abroad begun and his sets can be listenedin places like Argentina, Chile, Brasil, Belgica or EE.UU. Nowadays mylittledog has just come out. It is his most personal work, always focussing on the dance floor.Today is one of the label, with more international projection. His records are played by artists such as Ricardo Villallobos,Luciano,Marco Carola, LocoDice, Dubfire, Brothers Vibe,Dj Sneak and etc..Its artists include: Edu Imbernon, Kasper, Jeff Bennett, Marco Effe, Alejandro Vivanco, David Herrero, Oscar Barila, Deep Dusk,Gennaro Mastrantonio,Javi Bora,Fran Alberola,Ugur Project… and of course Sergio Parrado