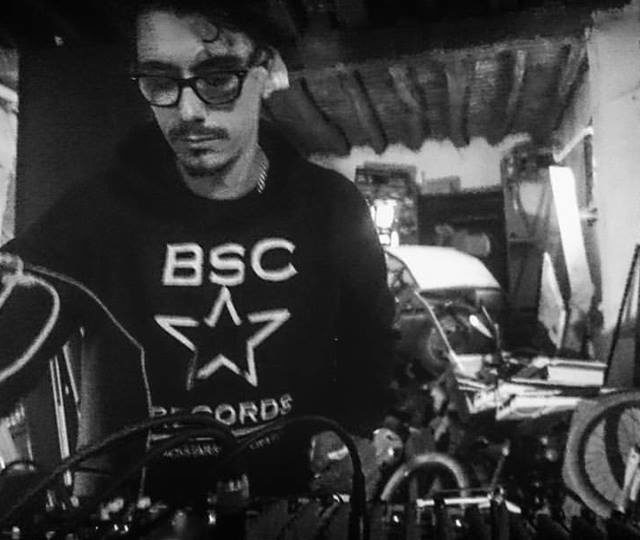 Oscar Lopez (Madrid – 1982) is a Spanish producer belonging to the prolific Madrid’s yotuh cultivated in the 90s. In the mid-90 met his friend Dani RX, who taught him the art of mixing. Versatile artist as he is, his relationship with electronic music..

Dismissing from his beginnings commercial industry, his sound style appears in the Spanish underground scene for the first time back in 2000, participating in the first edition of the National Festival Techno Lanjarón (Granada), being part of the poster artists during the four editions and sharing it with different artists like Joton (newrhythmics León), Horacio Cruz (roof n recs), Mike De la Rosa (roof n recs), M. Lanch (roof n recs), Dani Rx and Fran Acuna.
His sessions are a constant dynamic, full of counter-rhythms and double beats. Madrid’s darkness grim vocals gives an unique character to his sets, the style of the purest techno.
Acquiring knowledge of his immediate environment, he began production in 2006, creating with Obsoleto X Spain Zero Point, Live act of minimal music project. As good underground artist, he sought work in different areas that might encourage further reflection of his personality throughout his work, always aware and empathizing with their circle of closest friends. So he created in 2007 LA NAVE NODRIZA AND REC RECORDS projects that bring together such diverse areas as Hip – Hop, Electro, Dub Step and some others.
After passing through countless events throughout the peninsular center, he was gaining popularity among all lovers of techno raves for his appearance, and sessions in small rooms of the south of the Madrid community. It was in 2008 when during a superb season was resident in AQUA room, sharing club with artists like Cristian Wunsch, Luismi F, XPansul, Pelacha, and Tito.
Always incorporating new resources and innovative techniques, reflecting the rapid adaptation of this artist to the current music industry without leaving the underground character – away from the commercial industry that monopolizes the current music market – at end of 2013 created BSC RECORDS, label in which he commits all his work with Reloadams and other artists to the crew of artists.
Since then, he begins to invest in synthesizers and drum machines. That’s when a new stage in which he performs with all the artillery, performing live acts throughout the southern part of Madrid. In 2015 creates his timeless project, that unleashes the translation that this artist wants on his work, being his influences considerably noticing, experiencing regardless of what the scene demanded, simply Techno and feeling.
Oscar Lopez Beat is capitalized TECHNO, in its purest essence. Electricity and direct on his sessions are reflected from the start to finish in each of his performances, ensuring fun for even the most exquisite techno lovers. Undoubtedly one of the greatest values that are today on the Spanish Techno.